Millions of rand looted during the July civil unrest 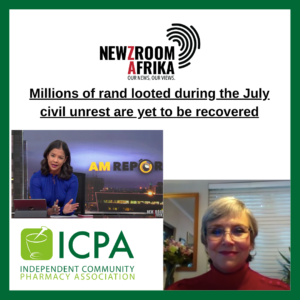 The Independent Community Pharmacy Association says medicines worth millions of rand looted during the July civil unrest are yet to be recovered. It is believed the loot may have found its way into the hands of unscrupulous pharmacies and dispensing doctors who have sold it to unsuspecting customers. So far, 50 pharmacies have resumed full operations while 11 remain closed. CEO of the Independent Community Pharmacy, Jackie Maimin, elaborates.